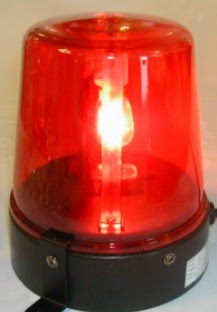 I've had a couple of things up in my head I know I have to blog about. But this is an emergency, and even this is two days late. Can you imagine? Treating an emergency two whole days later. But then if you are in Ghana or grew up here like me, that's not much of a surprise. Taking into consideration how (well) utility companies (serve) their customers. But we're not talking about utilities today.


Two nights ago around 11:30pm, I was in my bed browsing and listening to ESPNradio online (to catch up on all the discussions about the NBA finals) after a very tiring Tuesday at the workshop at home. That's no news. The news? I heard arguments and shouting from the next house right behind mine. That compound houses two two bedroom apartments, rented out;the one on the my right side to a family of four and the other to some single dude in his thirties(hope am right). This dude often has friends coming over and they disturb my peace most of the night because I can hear all that they talk about. He occasionally has female visitors too, I've no idea who's the madam proper though. The noise was coming from the left side of the house; the young fella's part of the building.

On this night he probably had the madam proper around. There was a lot of exchange of words mostly in Akan then occasionally in English. Allegations of infidelity and cheating being thrown by both sides against each other. The talking got louder with time and then the unimaginable(for me) occurred. Dude started hitting/beating/battering (or whatever fancy word the law will use) the lady. Those might have been some hard hits if I was hearing a cool 30 feet away and through at least three different walls. The family on the other side was of course alarmed and came out to help solve the issue. But even in their presence I could still here the dude beating the woman. Utter disrespect!

I was sort of horrified because I've never been close to any woman-beating man. I only saw in movies and could never imagine because it didn't happen anywhere close to where I grew up; not in our home!

I was disgusted, disappointed, ashamed, shocked, confused. I felt sick at once and had goosebumps. Because the whole time I was holding on to my phone and wondering if there's emergency number to call in such a situation, unless there's one I don't know about. I'm very sure many women and children suffer violence at home that no one knows about. The country must protect the weak. We must protect our weak and helpless. Let's just stop wasting time arguing about useless things every time. We have a long way to go as a country, oh Ghana! We better sit up.
Posted by Unknown at 08:49